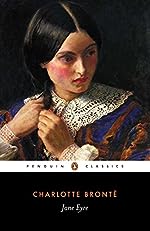 The Grapes of Wrath

The Canterbury Tales - The Wife of Bath's Prologue and Tale: Interlinear Edition

Orphaned Jane Eyre grows up in the home of her heartless aunt, where she endures loneliness and cruelty, and at a charity school with a harsh regime. This troubled childhood strengthens Jane's natural independence and spirit - which prove necessary when she takes a position as governess at Thornfield Hall. But when she finds love with her sardonic employer, Rochester, the discovery of his terrible secret forces her to make a choice.
Should she stay with him and live with the consequences, or follow her convictions, even if it means leaving the man she loves? A novel of intense power and intrigue, Jane Eyre (1847) dazzled and shocked readers with its passionate depiction of a woman's search for equality and freedom. In her introduction, Stevie Davies discusses the novel's language and politics, its treatment of women's lives and its literary influences.
This edition also includes a chronology, further reading, an appendix and notes.

Charlotte Brontë was born in Thornton, Yorkshire, in 1816, the third of six children of Patrick and Maria Brontë. In 1820 her father was appointed perpetual curate of Haworth, a small town in the rapidly industrializing Pennines, on the edge of the Yorkshire moors. Mrs Brontë died in 1821, and her sister, Elizabeth Branwell, came to take care of the children - Maria, Elizabeth, Charlotte, Emily, Branwell and Anne.
In 1824 the four oldest girls were sent to a boarding school for daughters of the clergy (later to be fictionalized as Lowood in Jane Eyre). Maria and Elizabeth were taken ill at the school, and returned home to die in 1825; Charlotte and Emily returned home in the summer of that year. For the next six, the young Brontës were educated at home. They developed a rich fantasy life amongst themselves, constructing together the imaginary world of Glass Town and writing of it in dozens of microscopically printed books.
Charlotte and her brother Branwell invented their shared kingdom of Angria in 1834. From 1831 to 1832 Charlotte went as a pupil to Miss Wooler's boarding school for young ladies at Roe Head; she returned there as a teacher from 1835-8. After working for a period as a private governess, in 1842 she went with her sister Emily to study languages at the Pensionnat Heger in Brussels, returning there as a teacher in 1843.
She returned to Haworth in 1844. In 1846, at Charlotte's instigation, the Brontë sisters published Poems by Currer, Ellis, and Acton Bell. Charlotte's first novel, The Professor, was rejected by several publishers, and not published until 1857. Jane Eyre appeared, and was an instant success, in 1847. Branwell Brontë died in September 1848, Emily in December of the same year, and Anne in May 1849. Charlotte, the only survivor, continued to live at Haworth Parsonage with her father.
Shirley was published in 1849 and Villette in 1853 both pseudonymously. In 1854 Charlotte married her father's curate, Arthur Bell Nicholls; she died on 31 March 1855. Dr Stevie Davies is a novelist, critic and historian; she is a Fellow of the Royal Society of Literature, a Fellow of the Welsh Academy, and Director of Creative Writing at the University of Wales Swansea. She is the author of four books on Emily Brontë, including Emily Brontë: Heretic (1994), and has edited Anne Brontë's The Tenant of Wildfell Hall for Penguin Classics.
Her novels include Booker-longlisted and Orange-longlisted The Element of Water (2001) and Orange-longlisted Kith & Kin (2004). She has written three books in the Penguin Critical Studies series: To the Lighthouse, Twelfth Night and The Taming o f the Shrew. 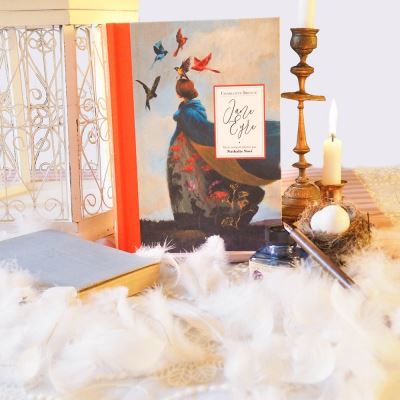