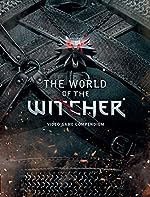 The World of the Witcher [English]

The Art of Dishonored 2

The Art of Horizon Zero Dawn

The World of Cyberpunk 2077

The Art of The Last of Us

Dive deep into the world of monster hunters, as the prominent characters from the universe take you on a guided tour of the fascinating dark fantasy adventure that is The Witcher. This gorgeous, illustrated hardbound volume contains in-depth knowledge about the locales, the deadly beasts that inhabit them, and the lethal weapons used to put them down.