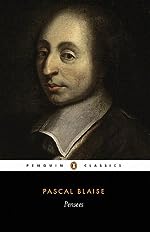 On the Origin of Species (Penguin Classics) (English Edition)

I Am Dynamite! A Life of Friedrich Nietzsche (English Edition)

On the Genealogy of Morals (Penguin Classics) (English Edition)

Blaise Pascal, the precociously brilliant contemporary of Descartes, was a gifted mathematician and physicist, but it is his unfinished apologia for the Christian religion upon which his reputation now rests. The Penseés is a collection of philosohical fragments, notes and essays in which Pascal explores the contradictions of human nature in pscyhological, social, metaphysical and - above all - theological terms. Mankind emerges from Pascal's analysis as a wretched and desolate creature within an impersonal universe, but who can be transformed through faith in God's grace.